We are a team of physicists fascinated by lightning. Our team consists of physics professors, research scientists, and students at both graduate and undergraduate levels. We have diverse research interests, expertise, and background. 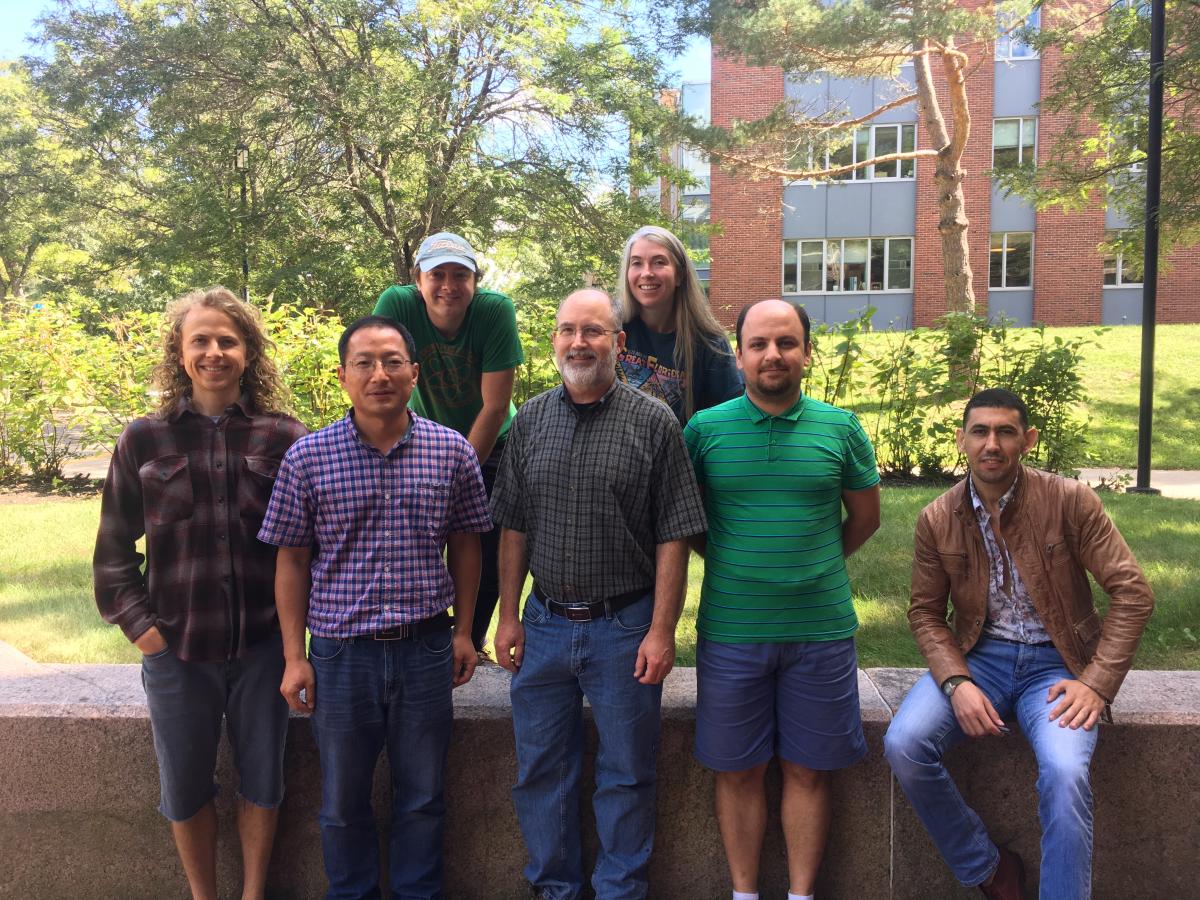 We conduct observational, theoretical and modeling work to understand the physics and effects of lightning.

Lightning emits electromagnetic waves in a broad range of timescales (nanoseconds to seconds) and wavelengths (nanometers to kilometers), giving it an electromagnetic spectrum that ranges from radio to visible light and up to x-rays and gamma rays, all of which can be observed using specialized instrumentation. High-speed optical video of lightning taken at thousands of frames per second reveals the details of lightning development, which contains many different fast processes and have complex branching morphology. Elusive optical phenomena can also be observed out the tops of clouds, such as gigantic jets and sprites.

Normal optical images are inherently two-dimensional. In order to obtain the three-dimensional information of lightning, its electromagnetic emissions at other frequencies can be utilized. Radio waves produced by lightning not only create the static you hear on your car radio, they can also be recorded by radio sensors. The radio data from multiple sensors can be combined to determine the 3D locations of lightning events and map lightning development. Moreover, radio waves can be used to create actual images of lightning, much like the images in visible light. Radio waves have the added bonus that they are not obscured by clouds. Both 3D-mapping and radio imaging aid in our understanding of lightning when events are optically dim and/or obscured by cloud, such as during the birth of a lightning flash.

Observing X-rays and Gamma-rays associated with thunderstorms and lightning

Gamma-ray glows are emissions of gamma rays that last from seconds to minutes and are produced by runaway electrons in high-field regions of thunderclouds. They are frequently produced by thunderstorms and are readily measured whenever instruments are placed near the thunderclouds. However, exactly how common they are and where and when they are produced remain to be determined. We have designed balloon-based instrumentation for flying into thunderstorms with the aim of detecting such radiation. Our balloon payloads carry scintillation detectors, two Geiger-Muller tubes, and electric field mills, which allows us to measure the electric field magnitude and differentiate between gamma rays, runaway electrons and positrons. We have performed several test flights during the last few summers from Florida Tech campus in Melbourne, FL and will be flying more in the following years. Melbourne not only has the advantage of having one of the highest lightning densities in the country, it also has excellent environmental data including NWS Melbourne radar and Lightning Mapping Array (LMA) with good coverage over Melbourne. With this information, we will be able to determine the source mechanisms and frequency of gamma-ray glows, constrain electric fields inside the source regions and determine the relationship between lightning and glows.

Thunderstorms are fascinating places.  They produce large electric fields with potential differences reaching hundreds of millions of volts and strong electrical discharges such as lightning, with peak currents up to several hundred thousand amps.  Recent discoveries have shown that thunderstorms also act as particle accelerators, generating powerful bursts of gamma rays called terrestrial gamma-ray flashes (TGFs), long lasting gamma-ray glows, strange clouds of positrons, and high-powered pulses of radio waves. Furthermore, lightning has also been found to produce intense bursts of x-rays as it propagates from the clouds to the ground.  Because the acceleration mechanisms behind these energetic phenomena are still poorly understood, our group works with both analytical calculations and computer modeling to understand how thunderstorms produce energetic particles, radiation, and radio emissions.

Transient luminous events are massive electrical discharges occurring above thunderstorms, including jets, gigantic jets, sprites, halos and elves. They are either associated or directly caused by lightning activity in the underlying thunderstorms. We build automatic imaging systems to study transient luminous events and have acquired valuable data. We also develop computer models to understand how they develop, how they impact earth's middle and upper atmosphere, and how they are connected to their parent thunderstorms/lightning.

Streamer discharges are plasma filaments that appear in many electrical discharges in air such as laboratory sparks, lightning, sprites, and jets. They are also found in medical applications for sterilization and wound healing. Their transverse size ranges from a fraction of millimeters at ground pressure to tens of meters at sprite altitudes. They can propagate as fast as one fifth of the speed of light. Studying streamers experimentally is challenging because they are extremely transient. They however hold the key to understanding lightning initiation and propagation, radio emissions from electrical discharges, X-ray production by lightning, dynamics of jets and sprites, etc. Our group is developing advanced computer models to investigate the physics of streamers and their roles in various electrical phenomena in earth’s atmosphere.

Lightning is dangerous, killing or injuring many people each year.  However, we don't need to be afraid of lightning if we follow some common sense rules:

You can find more information about what we do at lightning faculty's webpages:
Joe Dwyer
Ningyu Liu